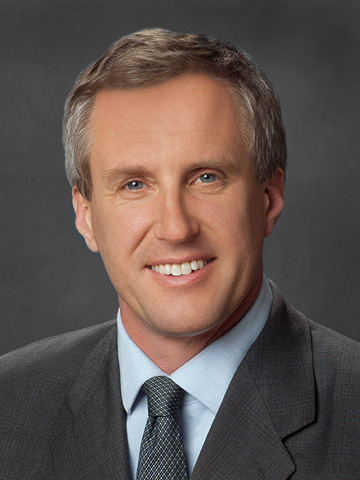 David Hochschild was appointed chair of the California Energy Commission by Governor Gavin Newsom in February 2019. He fills the environmental position on the five-member Commission where four of the five members are required by law to have professional training in specific areas – engineering or physical science, environmental protection, economics, and law.

Chair Hochschild’s career has spanned public service, environmental advocacy, and the private sector. He first got involved in the solar energy field in 2001 in San Francisco as a special assistant to Mayor Willie Brown where Chair Hochschild launched a citywide $100 million initiative to put solar panels on public buildings. He also cofounded the Vote Solar Initiative, a 60,000-member advocacy organization promoting solar policies at the local, state, and federal levels. He was executive director of a national consortium of leading solar manufacturers and worked for five years at Solaria, a solar company in Silicon Valley. From 2007 to 2008, he served as a commissioner at the San Francisco Public Utilities Commission.

For his work to advance clean energy, Chair Hochschild was awarded the Sierra Club’s Trailblazer Award, the American Lung Association’s Clean Air Hero Award, and the U.S. Department of Energy’s Million Solar Roof True Champion Award. Chair Hochschild holds a bachelor of arts from Swarthmore College and a master of public policy from the John F. Kennedy School of Government at Harvard University. He also was a Coro Fellow in Public Affairs.

All presentations by David Hochschild