Meeting 100% renewable energy goals, challenging the duck curve with storage, and simplifying the interplay between solar, energy storage, and e-mobility

Hochschild described California’s progress to achieving 100% clean energy by 2045 as a case study for the many other states who have set renewable energy standards in the last few years. According to Hochschild, 30% of the US population is living in a state that has committed to 100% clean energy. He cited that renewable energy is becoming mainstream saying, “We’re at the beginning of the end of the Coal Era.”

Danny Kennedy took the stage next to discuss the importance of international innovation to support the transition to clean energy, sharing examples from New Energy Nexus’s work sparking innovation and accelerating clean energy startups across the globe. In closing, Kennedy called on #isna2020 attendees to find opportunities to support innovation and to keep a close eye on lithium, saying it will be “the future of transport.”

Conference Sessions: State-level trends in solar deployment, the interconnected energy landscape, and the fate of the duck curve in the face of storage

Kennedy and Hochschild set the tone for the event, which features more than 100 speakers sharing insights on the leading trends and cutting-edge technologies that will shape the solar + storage + e-mobility industry in 2020 and beyond.

A recurring theme of show—mentioned in Hochschild’s keynote speech and in breakout sessions throughout the day—is the critical role states have in the energy transition. With minimal federal support, state-level mandates and regulations are driving the adoption of renewable energy technologies.

In “State Level PV Marketing Development Across the US,” speakers discussed the effects of city and state support in continuing growth in solar deployment, as well as tactics to make sure underserved communities aren’t left behind.

Many companies are also thinking proactively about ways to simplify the interplay between solar, storage, and e-mobility technologies as electric vehicles (EVs) increasingly penetrate the grid. The session, “Charging Infrastructure and Business Models for Vehicle Fleets,” emphasized the importance of solar in meeting growing grid demand from increased EV deployment; panelists in the “Role of Non-Wires Solutions in DERs” session discussed the role of software in grid management.

Celebrating the industry’s “boots on the roof”

In addition to attending insightful sessions, attendees had the opportunity to experience the solar + storage transition in action during #isna2020’s first ever Solar Games, a live installation competition. Sullivan Solar, SunKey Energy, and Sol-Up USA faced off in two rounds of competition to build a residential solar + storage system on two rooftops—all to the classic rock (and solar industry) favorite, AC/DC.

Solar Energy International’s Roger Williams and Brian Mehalic and California Solar and Storage Association’s Carter Lavin emceed the event while Rudy Saporite from the Institute for Building Technology and Safety (IBTS) gave the play-by-play of the team’s installation process.

With a stadium setup on the expo floor, attendees filled bleachers to watch as teams installed racking, modules, and a Tesla Powerwall. In true sports event fashion, the competition swag included Solar Games-branded sunglasses and t-shirts. With precision and safety as criteria, Sullivan Solar took the win for the first round of the competition. The second round featured Sol-Up against SunKey Energy, with Sol-Up finishing the installation 75 minutes early and earning their spot in the final round of the competition.

The Solar Games Champion will be announced after the third and final round Wednesday.

To celebrate a successful first night, attendees gathered for bites and brews in the Sails Pavilion for the official #isna2020 after-party to connect, discuss sessions, and blow off steam by playing lawn games and listening to music. The party continued across the street in San Diego’s iconic Gaslamp District, as deals and connections continued to be made over some of the city’s best fare.

With the first day of #isna2020 complete, attendees can look forward to the following events on Wednesday, February 5: 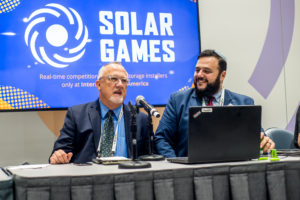 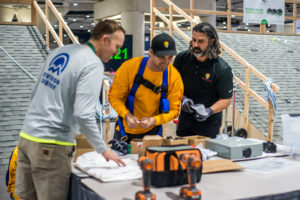 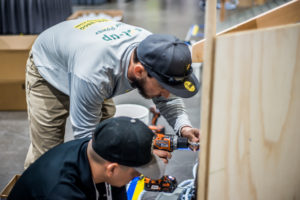 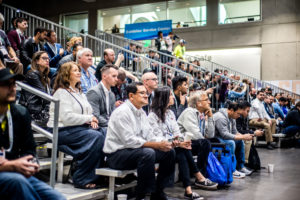 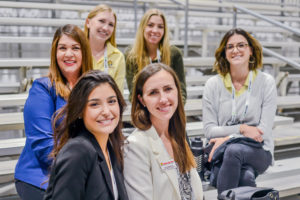 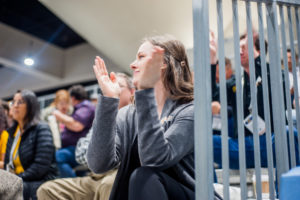 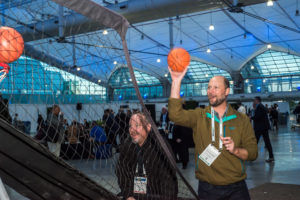 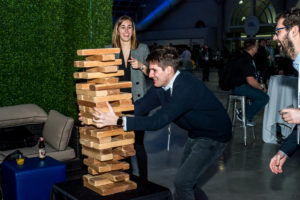 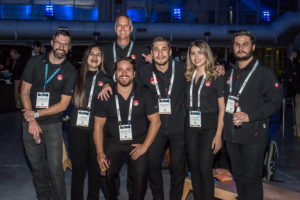 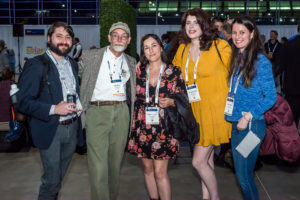 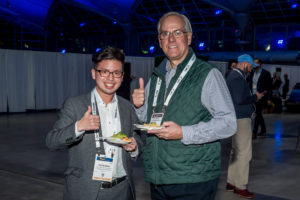